Members of the The Heritage Council of NSW

The Heritage Council's membership reflects a cross-section of community, government and conservation expertise.

Frank is passionate about the natural world and human creative endeavour, and about Australia and its cultural heritage.

He trained as a geologist, completing a geology degree at Macquarie University, and followed that with a Master of Science and Society from the University of NSW, focussing on science and technology policy.

He has had a long career in the NSW public sector. In 1996 he became Director and Chief Executive of the Royal Botanic Gardens and Domain Trust, before taking up the role of Director of the Australian Museum in 2004. He stepped down as Director in April 2014.

He was Chair of the International Council of Museums (Australia) from 2010 to 2013; a member of the Council of Australasian Museum Directors from 2004 to 2014; and was National President of Museums Galleries Australia from 2013 to 2017. He was awarded the Public Service Medal in 2012.

Frank is currently a director of several not for profit organisations including the Australian Design Centre, Jervis Bay Maritime Museum, and the tourism promotion organisation Destination Sydney Surrounds South. He is a member of the Reference Group for the National Aboriginal Art Gallery proposed for Alice Springs.

Since leaving the Australian Museum, he had developed his interests in strengthening cultural leadership and innovation. His consulting work is focussed on strategy, governance, tourism and philanthropy. He became an Adjunct Professor in the UTS Business School in 2017 in order to pursue his interest in how arts and culture can foster business innovation. 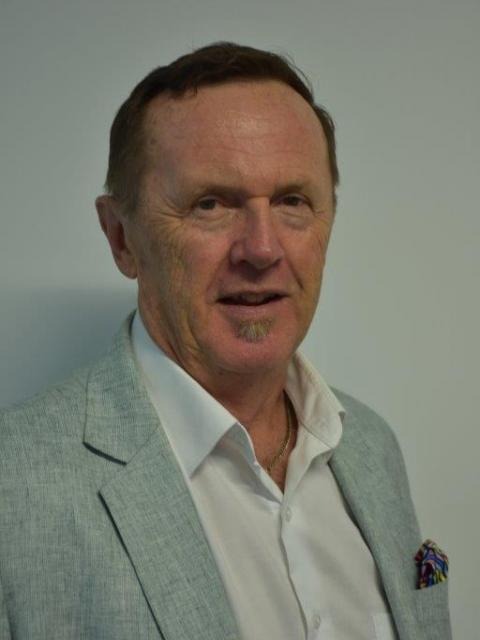 Her work in cultural heritage management over 35 years has encompassed the Heritage Council of NSW; the Historic Houses Trust and as a former Partner and Director at GML Heritage. Modern heritage is her specialist interest- she is currently working with the Getty Conservation Institute’s Keeping it Modern program, delivering international conservation management planning courses. Her recent publications include the Eames House Conservation Management Plan (GCI 2018) and Paddington: A History (NewSouth Books 2019).

Sheridan has been appointed as an expert member of the Sydney Opera House Conservation Council; and its Eminent Architects Panel, as well as several Planning Panels in NSW. She is an Adjunct Professor at the University of Canberra, actively mentoring emerging professionals. 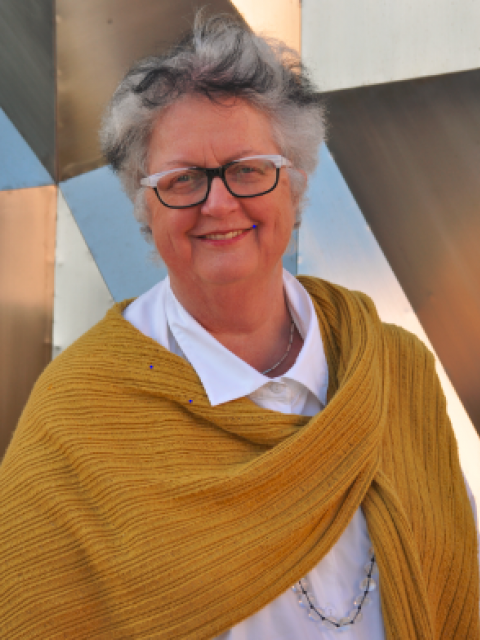 Nick is a senior partner in the environment and planning group at the law firm of Norton Rose Fulbright Australia. He has over 28 years of experience advising public and private sector entities on in all areas of environmental and planning law, land acquisition, land use and development, heritage, valuation and compulsory acquisition, mining, and natural resources law.

Nick is also a Fellow of the Australian Property Institute, lectures at the University of Sydney and University of New South Wales and has over 30 peer reviewed publications on a wide range of topics in environmental, planning and valuation law, and environmental economics.

Louise’s 25 years in complex, fast-growing global companies in the banking, finance, and infrastructure sectors have resulted in strong credentials in risk and finance.

Louise has worked for Macquarie Bank, Deutsche Bank and Babcock & Brown and has lead, or been a crucial member of diverse, critical teams in often-distressed, high-pressure corporate circumstances. Her extensive risk management experience extends across a wide range of industries: including infrastructure, agriculture, construction, and renewable energy. In the last decade Louise has spent a considerable amount of her time dedicated to communal organisations and related place-making.

Louise is currently a Non-Executive Director of Sydney Metro and Advance, along with the Chair of Hanrob, a member of the National Standing Committee on Energy & the Environment (NSCEE). Louise is also a Founder and Director of Orion Mechanical Services. Past Board roles have included infrastructure, superannuation trustee and Not-For-Profit Boards.

Brian completed undergraduate and postgraduate degrees in History at the Universities of Sydney and New South Wales, respectively, with a focus on nationalism and the ways in which places and representations of place inform our understandings of history and shared identity. He was awarded his PhD for his thesis “Darkening Frontier, Vanishing Outback: Film, Landscape and National Identities in Australia and the United States”.

For over a decade, he worked in state politics, including several years as Chief of Staff to the President of the Legislative Council. His responsibilities included research, administration, governance and protocol, and he drew on his training as an historian to design, curate and manage the Parliament’s major 2015 exhibition “Politics & Sacrifice” which marked the centenary of Anzac. He edited the commemorative book that accompanied the exhibition and also wrote many of the Statements about the Centenary of the First World War read in the Chambers each sitting week by the Presiding Officers.

In 2008, Brian completed a study of many of the notable pioneers’ families that settled in around the town of Bungendore in regional New South Wales, conveying stories from their arrivals as convicts and settlers in the early nineteenth century through several generations to the Great Depression. In recent years he has published several titles concerning the annual film awards season, including a four-volume reference work. His articles about the Academy Awards have appeared in The Sydney Morning Herald and The Australian.

Since 2019, Brian has served as the Chair of the State Archives and Records Authority of New South Wales. He is passionate about improving the discoverability of the Archives’ extraordinary collection and ensuring the NSW State Archives are a world leader in record-keeping, accessibility, and practices that allow for the inclusion of voices traditionally omitted from official records.

Brett is the Deputy Secretary, Greater Sydney, Place and Infrastructure with the Department of Planning, Industry and Environment.  Brett’s responsibilities cover the development of innovative plans and strategies that integrate land use and planning to shape the growth of Sydney over the next 20 years.  Brett’s responsibilities cover the delivery of planning and infrastructure programs across Sydney’s three Cities to ensure the delivery of the Greater Sydney Region Plan A Metropolis of Three Cities, as well as the approval of rezonings across Greater Sydney.

Brett has previously been the Executive Director for Western Sydney, land release, Strategic Planning and Programs and Local Planning Liaison.  He has worked across all areas of planning in Greater Sydney and regional NSW, having been the Executive Director responsible for all regional NSW planning teams as well as the Southern NSW Regional Director based out of Wollongong and Queanbeyan.

With degrees in economic geography, natural resources law and policy as well as public administration, Brett has worked within the planning field for 25 years.  Although he has worked for the Department of Planning, Industry and Environment for the majority of his career, Brett has also worked for local government and in the private sector.

Ian is the Managing Director of CSVentures, an investor and advisor to early stage technology companies, and an experienced company Director. He co-founded Pacific Strategy Partners (PSP) after working with McKinsey and has over 25 years of consulting experience across the public and private sectors.   Monitor Deloitte Australia acquired PSP, where he was a Senior Partner in the Strategy Practice and lead Partner for the NSW Government.

Ian has experience in many industries including financial services, public sector, healthcare, private equity, not for profit and sports, including advice on issues such as commercialisation, strategy development, Board facilitation, private equity investment, commercial negotiation, organisational design and governance.

Colleen is a landscape heritage consultant, author and curator with expertise in the areas of cultural landscape assessment, garden history and conservation management. She has, with other consultants, prepared conservation plans for some of Australia's most significant historic gardens, including the botanic gardens of Adelaide and Sydney and Sydney’s Government House and Domain.

She is particularly interested in the management of cultural landscapes, how they enrich our lives and the stories they tell about our communities. Colleen’s work includes the Berrima Sutton Forest and Exeter Cultural Landscape Study, and participation in the Australian Institute of Landscape Architects (AILA) NSW Landscape Heritage Conservation Listing Project.

Colleen is the Deputy Chair of the National Trust (NSW) Landscape Conservation Committee, is on the committee of The Florilegium Society at the Royal Botanic Gardens and Domain Trust, Sydney and is a Member of ICOMOS. She was the National Chair of the Australian Garden History Society 2003-2009. Her publications include the award-winning Lost gardens of Sydney (2008) and The Florilegium, The Royal Botanic Gardens Sydney (2016).

Mr Dillon Kombumerri for Office of the Government Architect

Dillon is the Principal Architect for the Government Architect NSW. Originally from Queensland, he grew up on North Stradbroke Island (Minjerriba) and is a Yugembir descendent from the Gold Coast.

With over 25 years of experience in architectural practice, Dillon brings his own unique indigenous perspective to re-imagining the built environment and has focused heavily on projects that seek to improve the health, well-being and prosperity of indigenous communities.

During this time Dillon has also been teaching and lecturing globally in many forums to shine a light on the hidden value of indigenous knowledge and how it can positively influence private and public agencies to deliver better outcomes for the built and natural environment.

This includes speaking at the prestigious Bauhaus School – Dessau, Germany, the Architecture Association in London and the International Centre for Creativity Innovation and Sustainability (ICIS) in Hornbeak, Denmark.

He was a taskforce member for the “Which Way” National Indigenous Housing Conference and is a sitting member on the Victorian Chapter’s Reconciliation Committee.

Dillon has featured on national radio and television and written articles for several highly regarded professional journals. His design approach is not defined by an architectural style but rather it is inspired by individuality, diversity and honest self-expression.