Compliance with the National Parks and Wildlife Act 1974

We work with the community to preserve, manage and protect Aboriginal cultural heritage values.

Aboriginal cultural heritage is protected under the following legislation: 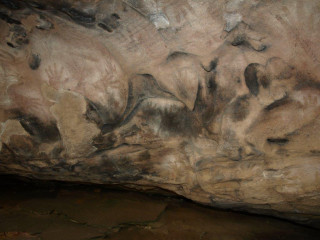 An Aboriginal Place may be declared over any area of land in New South Wales if the Minister declares that area is of special significance to Aboriginal culture.

This declaration provides legal mechanisms to safeguard declared Aboriginal Places from harm or desecration unless the appropriate permit has been issued.

Compliance with the NPW Act 1974

The NPW Act sets out tiered strict liability offences and penalties for harming or desecrating Aboriginal objects or places (s 86). Harm is defined to include destroy, deface or damage an object or place (s 5). Any offences committed with knowledge in aggravating circumstances attract a higher penalty (s 86(3)).

The Aboriginal cultural heritage offences and the penalty for each offence are summarised below.

There are a number of exemptions to the offences discussed above, including where the harm occurred as a result of:

There are a number of defences to the offence of harming an Aboriginal object or place under s 87 of the NPW Act. These include: