162nd Anniversary of the wreck of the Dunbar at South Head, Sydney

To coincide with the 162nd anniversary of the wreck of the Dunbar at South Head, Sydney, Heritage NSW organised an amazing re-enactment of the rescue of the sole survivor James Johnseon.

The event was undertaken with the assistance of the Marine Area Command and Police Search and Rescue Squad.  The Ministerial event was announced by the Hon. Gabrielle Upton, and attracted a large crowd, including relatives of the sole survivor and his rescuer. 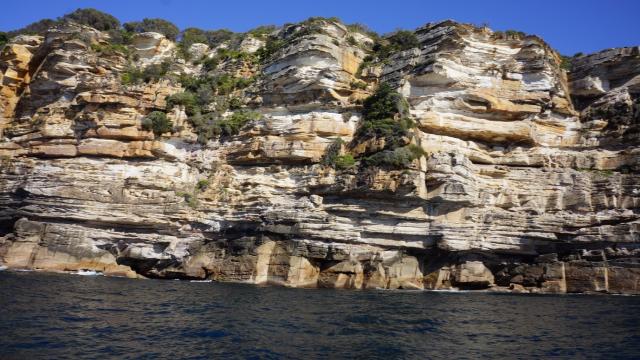 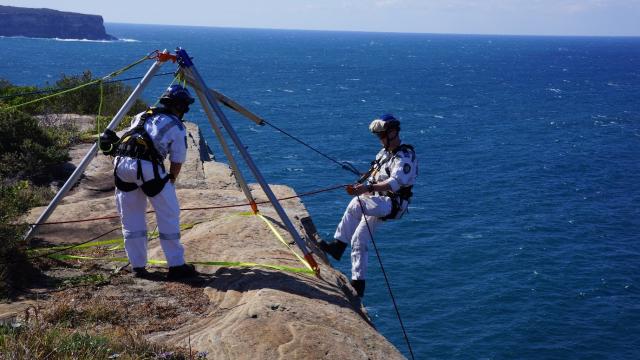 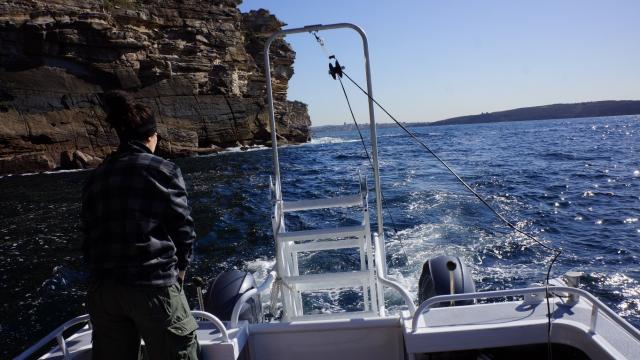 With the loss of 121 people out of 122 aboard, the loss of the wooden ship Dunbar had a major impact on Sydney. The wreck in 1857 is still the worst peacetime disaster to have occurred in New South Wales. It is remembered each year by memorial services held at St Stephens Church, Newtown, where many Dunbar victims were buried in a mass grave.

The Dunbar was a well-known vessel that catered for wealthy travellers between Britain and Sydney. The awful scenes that greeted Sydney's population drove home the dangers of long distance sea travel. They witnessed the macabre spectacle of lifeless bodies being flung up against the South Head cliffs, as if in mockery. Sharks fought off those trying to recover the dead. 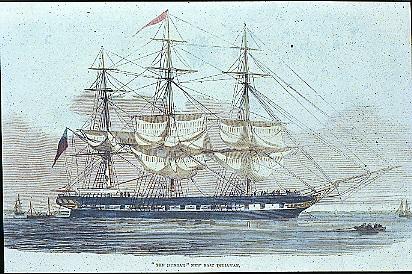 The doomed clipper arrived off Sydney Heads at night on Thursday 20 August 1857 after 81 days at sea. Heavy rain impaired vision, obscuring the cliffs at the entrance to Port Jackson.

Captain Green had made a number of visits to Port Jackson and had been captain on the Dunbar on its 1856 voyage. On squaring up for the run into port, Green may have believed they were overshooting the entrance at North Head and tried to make a quick turn in. However, when the shout "breakers ahead!" was heard, the Dunbar was still south of the entrance almost under the Macquarie Lighthouse. The ship broached and was driven by the swell heavily into the towering black cliffs. Another theory has the officers mistaking "The Gap" for the entrance to the harbour when tacking towards the Heads.

In any event, the impact brought down the topmasts while mounting seas stove in the lifeboats. Lying on its side against the cliffs, the ship began to break up almost immediately. One crewman, James Johnson, found himself hurled onto the rocks where he managed to gain a finger hold. Scrambling higher, he became the sole survivor looking down on a sea of bodies.

Dawn gradually unveiled the enormity of the tragedy. The death toll staggered the population. James Johnson clung to his precarious hold on the rock ledge until the morning of the 22nd when he was noticed from the cliff top.

Some 20,000 people lined George Street for the funeral procession on Monday 24 August. Banks and offices closed, every ship in harbour flew their ensigns at half mast, minute guns were fired and seven hearses and over one hundred carriages slowly moved by. The later loss of the Catherine Adamson just 9 weeks later prompted construction of the red and white Hornby Lighthouse on the tip of South Head, to mark the actual entrance.

Located as early as 1910, an anchor was initially recovered and later displayed at "The Gap", as a monument to those lost. Salvage work has continued over many decades, particularly since the site's "re-discovery" by SCUBA divers in the early 1950's. With limited understanding of heritage conservation at that period and no protective heritage legislation, the rare archaeological site was effectively destroyed. Today informed divers understand the need to preserve the limited surviving remains.

Many of the recovered relics have subsequently been lost or seriously affected by a lack of professional conservation treatment. A considerable amount of information on the vessel and its contents has been lost by this salvage. An amnesty under the Historic Shipwrecks Act 1976 during the early 1990's resulted in some major collections being documented for the first time.

Today little remains of the wreck site, which is marked by a scatter of pig iron ballast blocks. A Porter's anchor lies beneath a rock overhang, while an Admiralty style anchor lies approximately four metres to the south and mirrors that recovered for "The Gap". Isolated sand pockets contain smaller items related to the vessel and cargo, including metal sheathing tacks, glass and ceramic fragments.

Importance of the Dunbar

The Dunbar wreck site and its associated relics are a significant component of Australia's maritime heritage because of the shipwreck's impact on the developing colony of Sydney, its influence on the improvement of navigational aids and its potential for interpretation through public education programs. The wreck site maintains an important and continuing association with descendants of the victims and one of the most well known Australian sea tragedies.