The midget submarines were lifted from the harbour and taken to Clark Island within days of the attack. Ha-21 was badly battered — it had possibly collided with the seabed at least once and subjected to repeated depth charges.

The bodies of all the crew members were removed from the vessels. Lieutenant Keiu Matsuo and Petty Officer First Class Masao Tsuzuku, in Ha-21, were found to have bullet wounds to the head and are believed to have committed suicide.

Intelligence was gathered from both submarines. Lieutenant Matsuo’s submarine contained British Admiralty charts with rendezvous points. There were also photographs of various areas and targets in and around Sydney and Newcastle, and aerial photographs of Sydney Harbour.

There were also personal items including a a ceremonial sword given to Lieutenant Matsuo by his father, his service pistol, a camera and several embroidered scarves. A puzzle box was also found on one of the submarines. Robert Judge, a civilian boilermaker, who cut the midget submarines open found the box and retained it as a keepsake. These personal items are now on display at the Australian War Memorial, Canberra. 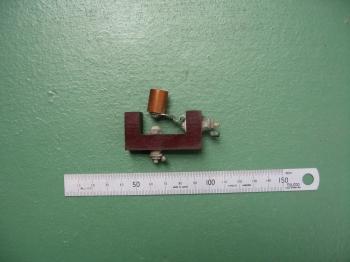 The Morse Code key from Ha-21. Steven Carruthers, author of Japanese submarine raiders 1942 A maritime mystery, Casper Publications, 2006, took this photo of a morse key which is from Ha-21. Steven was giving a talk in 2007 on the midget submarine attack and was approached by a woman in the audience who had found the key amongst a box of items left after the death of her father, Lt Percy Wilson. He was the duty Intelligence officer on Garden Island, who had investigated the midget submarines. 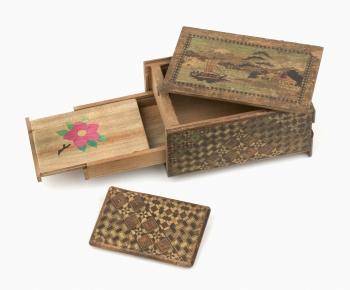 Japanese Himitsu-Bako or Secret Box found in one of the midget submarines by R Judge at Garden Island Navy Base, c.1939-40. AWMREL36019