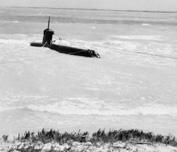 The Japanese midget submarine that ran aground at Bellows Field, Pearl Harbour in the Hawaiian Islands. One of the submariners,Sub-Lieutenant Kazou Sakamaki, survived and was captured. AWMPO2018.060

The forces which attacked Pearl Harbour on 7 December 1941, led by Captain Hankyu Sasaki, included five Imperial Japanese submarine carriers - I-16, I-18, I-20, I-22 and I-24. They were all equipped with midget submarines. The Japanese hoped that with an air attack providing distraction, the midget submarines could sneak into the harbour and sink US warships. It was not to be. All the midget submarines were lost, except for one, which ran aground on the beach.

Despite their apparent failure at Pearl Harbour, the Japanese military hoped that by making modifications and improving crew training, the midget submarines could still play an important role in the war.

Admiral Isoroku Yamamoto, head of the Japanese Combined Fleet, was convinced by his staff to pursue another assault. He did so, on the proviso that the midget crews were to be recovered after any attack. Ports at Fiji, Australia and New Zealand were all potential targets.

In late May, the Japanese made two reconnaissance flights over Sydney. The flights were made by specially built small Yokosuka (Glen) seaplanes, with collapsible wings that were carried in components on the ‘I class’ submarines and then reassembled.

The first flight was made on 23 May by Warrant Officer Nobuo Fujita and Petty Officer Second Class Shoji Okuda. The plane did a thorough circuit of the eastern suburbs of Sydney, and the harbour, and reported on naval craft in the harbour. Although the plane was spotted it was ignored because it was thought to be an allied aircraft. It was also detected by a mobile radar unit, located near Iron Cove, but discounted as an aberration on the military’s new experimental radar device. 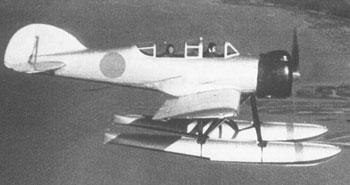 In the early hours of 29 May, another reconnaissance was undertaken by Flying Warrant Officer Susumu Ito, and his observer, Iwasaki.

In 2002, the then eighty-eight-year-old former Japanese navy pilot, Susumu Ito, who flew the reconnaissance mission over Sydney on the eve of the attack, recounted the experience for Australian filmmaker, Claude Gonzalez (Daily Telegraph, 29 May 2002, p.35)

‘I flew in from North Head, then at South Head I came down to a height of some 500 metres. There appeared to be no lighting restrictions, the whole town was lit up. I even saw a trade ship with its lights on. I was surprised. All seemed so unsuspecting. It was then I started to feel safe, there was little fear I would be attacked.’ 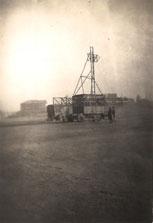 On his return to the mother submarine, Ito’s plane hit a wave and flipped over. Ito and his crew member were both thrown a line, and once on deck, watched as their plane was deliberately sunk. The wreck of this aircraft has not been positively identified at this time.

Ito was able to confirm the presence of a large number of naval vessels in Sydney Harbour. This was all that was needed to confirm an assault on Sydney.

The Japanese issued two significant telegraphic orders to their submarine fleet — no. 3 issued on 26 May and no. 4 issued on 29 May. The orders confirmed the nature and date of an attack on Sydney Harbour.

On the evening of 31 May, Captain Hankyu Sasaki, commander of the Eastern Attack Group, which consisted of five 2500 ton I class submarines: I-22, I-24 and I-27 with their midget submarines, and I-21 and I-28, which had been fitted for reconnaissance aircraft, arranged themselves into a semi-circle just outside the heads of Sydney Harbour, between Broken Bay and Port Hacking.

Two of these submarines, I-22 and I-24, had launched midget submarines on Pearl Harbour only six months earlier.

The following alterations are made re: Sydney Attack —