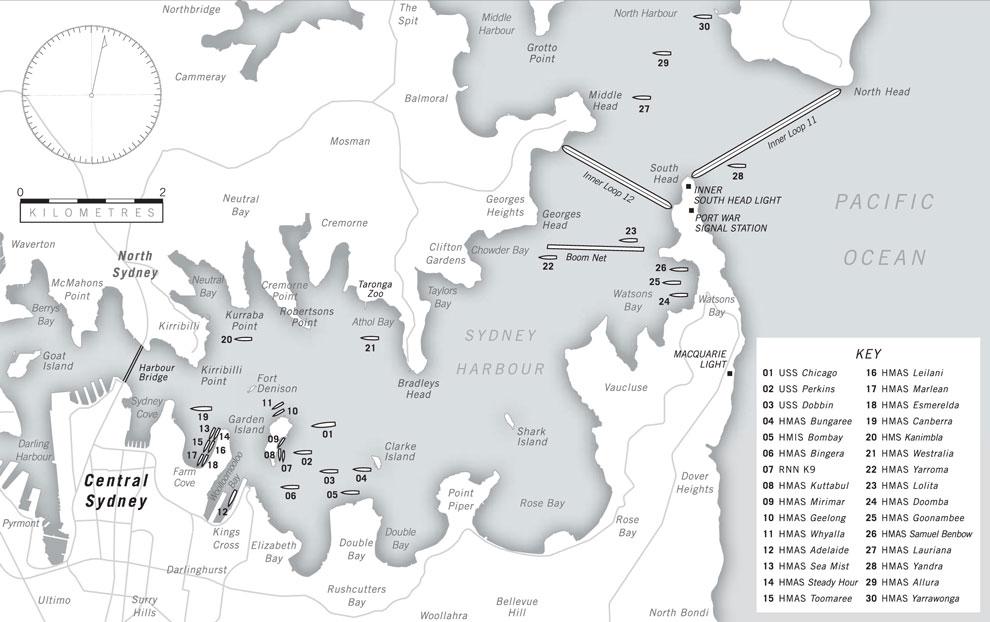 Allied fighting ships in Sydney Harbour on the night of 31 May 1942. These are their positions at 8pm. (Peter Grose, 2007, p.98. Illustration by Ian Faulkner)

It was Sunday evening, the 31st May 1942 and many Sydneysiders were resigning themselves to the end of the weekend. It wasn't a particularly pleasant evening — it was rainy, overcast and cold. While many people were either at home or making their way home, there was still plenty of activity in some parts of the city, particularly the parts populated by sailors from the many allied naval vessels docked in Sydney Harbour. There were reportedly 80 000 US Servicemen in Australia at the time.

The harbour was full of ships. Indeed, more than at any time throughout the war. There were over 30 naval vessels, several commercial ships, ferries going backwards and forwards across the harbour, the reconfigured luxury launches which had been converted to patrol boats, and the navy auxiliary boats. It wasn’t until the sun went down about 5pm that an air of calm descended on the harbour. It was, in fact, the calm before the storm. For just outside the heads of Sydney Harbour, three of Japan’s largest ocean going submarines, were launching three potentially lethal midget submarines on an unsuspecting Sydney. Two other carrier submarines were in support - some 500 Imperial Japanese Navy personnel in total.