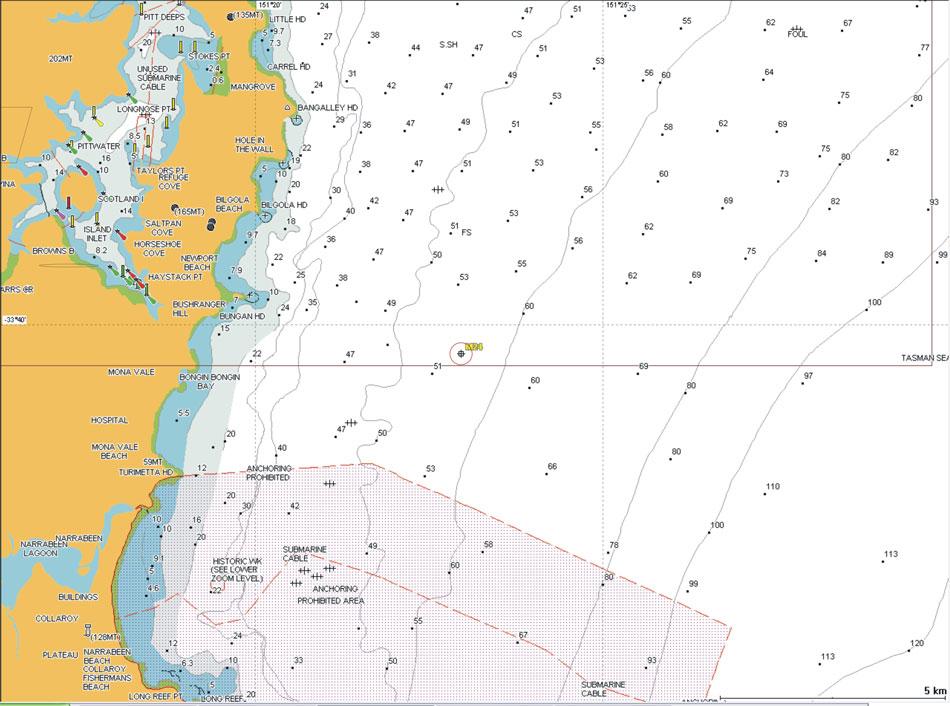 The M24 is located off Bungan Head, near Newport, Sydney. Click on the image to view a larger image.

Following the discovery of the M24, the wreck was immediately placed under the protection of the Australian Commonwealth Historic Shipwrecks Act 1976, and a protective zone was placed around the site. The centre of the zone is at the intersection of the parallel 33° 40' 21'' South latitude with the meridian 151° 22' 58' East longitude (WGS 84 datum), not the actual position of the wreck.

The wreck lies within the three nautical mile boundary of the state of New South Wales, and on 7 December 2006, was protected with an Interim Heritage Order (IHO) under the NSW Heritage Act 1977. This was the first IHO placed on a shipwreck site in NSW. In December 2007, the wreck was formally added to the NSW State Heritage Register (SHR) under the Act. The boundary of the listing reflects the 500 metre ‘no entry zone’ set by the Commonwealth. 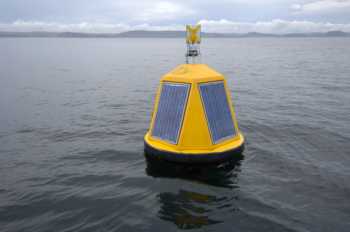 One of the sophisticated in-water surveillance buoys at the site. Sydney's northern beaches coastline appears in the distance. http://www.sonacom.com.au

A sophisticated in-water acoustic and camera surveillance system, on permanently illuminated buoys, has been installed at the site. (The buoys mark the protection zone, not the site of the wreck.) Cameras capture 360°photographs of the zone once a transgression of the perimeter is detected, together with electronic warnings.

The surveillance system was augmented in 2008 by a land based, long range CCTV camera, to support the in-water real-time visual imagery of the zone. Any unauthorised activity can be easily detected, triggering an alert, which is monitored by relevant Government agencies, and relayed to the NSW Water Police. Police serve as Wreck Inspectors under the Historic Shipwrecks Act.

Penalties for illegally disturbing the wreck site are considerable — up to $1.2 million under the State legislation, and possible confiscation of vessels and diving equipment for entering the zone under the Commonwealth Act, which similarly has penalties for disturbing the archaeological site.

Activities such as mooring, diving and use of a ship are not permitted within the zone without an authorised permit and official observors.