Deep sea submersible vehicle, USN curv, deployed by the Royal Australian Navy at the wreck in 2007

All of the archaeological work so far has been carried out so as not to disturb the wreck site. This is in accordance with Rule 1 of the UNESCO Convention on the Protection of the Underwater Cultural Heritage 2001.

The purpose of the survey work has been to obtain data on the condition, integrity and environmental setting of the submarine. To obtain this information the site has been mapped via remote side-scan sonar imagery. There have also been detailed remote-operated vehicle video (ROV) inspections of the hull, and close-up inspections by divers of the fabric of the wreck, including battle damage surveys. These studies have yielded a clear image of the site, its orientation and position on the seabed. Further analytical surveys of the seabed composition and water quality have assisted in gaining an insight into the submarine’s localised environmental setting. 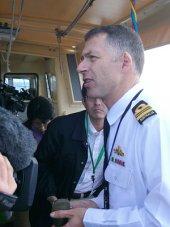 The wreck site is beyond the approved recreational SCUBA diving limit of 40 metres, and the commercial air diving limit of 30-50 metres. Occupational Health and Safety Regulations prevent Australian Government maritime archaeologists from diving on the wreck. For this reason, the Royal Australian Navy has, and is continuing to provide, invaluable assistance, with underwater remote access vehicles fitted to their mine hunter fleet, and through the services of the elite RAN Clearance Diving team.

In May 2007, the team captured additional video imagery of the wreck, and conducted a preliminary inspection of the aft battery room compartment, and a general battle damage survey.

A comprehensive hydrographic survey of the seabed has been completed including 3D-modelling of the site using multibeam sonar data. Future tasks will include the gaining of corrosion survey data and ultrasonic hull thickness measurements. 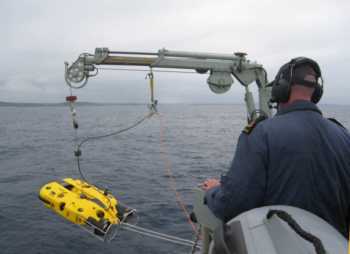 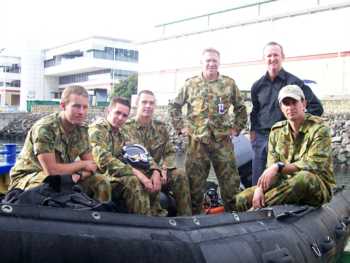 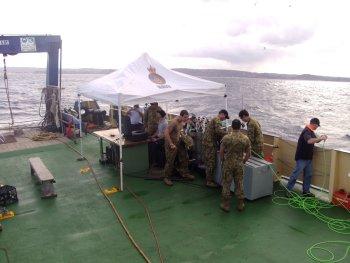 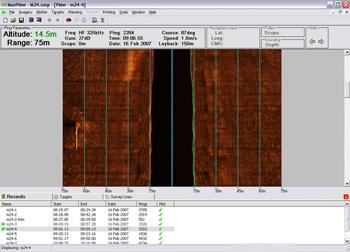