In mid 2006, a group of scuba divers, calling themselves No Frills Divers, were on one of their regular weekend dives. As they were heading home, their echo sounder registered an anomaly near Bungan Head, Newport, on Sydney’s northern beaches. It was something on the seabed attracting a lot of fish. They didn’t have time to stop so decided to return another time.

Five months later, on 12 November 2006, they returned to take a look. There were seven divers on board and they all decided to go down and investigate. It proved to be a risky venture since what they discovered was lying 54 metres below on the seabed.

Phil Hendrie, one of the divers, recounts his first view of the wreck:

‘The first thing I saw was this long cylindrical shape and I thought: what the hell is this? Then I swam towards the back of it and I saw the two propellers and I thought: crikey I know what this is — it can only be one thing. Then I swam back and had a look underneath the nets and there was the conning tower sitting up, and I knew straight away what it was.’

Despite the object being covered in an assortment of fishing nets, it looked exactly like a midget submarine. It took some dive footage, a Royal Australian Navy remote operated vehicle, Double Eagle, and the corroboration of maritime archaeologists at the NSW Heritage Branch to confirm what everyone believed - this was the wreck of the Japanese Type A midget submarine, which had escaped Sydney Harbour in 1942.

The discovery of the wreck site generated incredible media interest. The Nine Network’s 60 Minutes program captured the excitement of the No Frills Divers and their find. 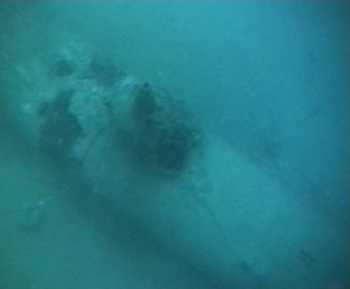 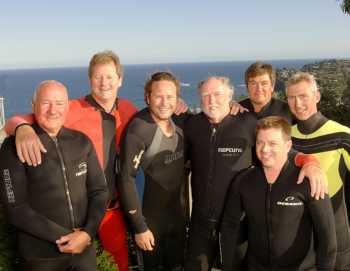