The fascinating story of the M24 Japanese Midget Submarine 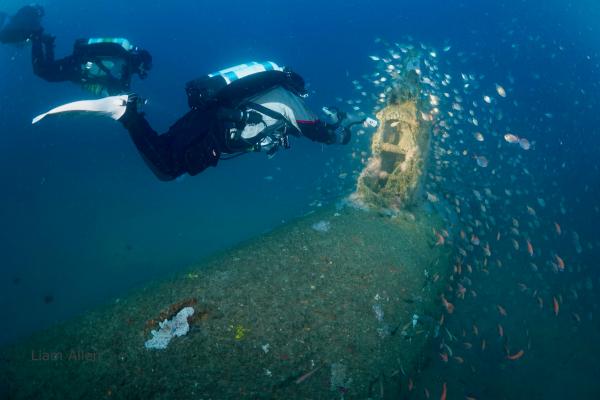 For more than 60 years the whereabouts of the M24, a Japanese midget submarine, was one of the greatest Australian wartime and maritime mysteries. Three midget submarines invaded Sydney Harbour on the evening of 31 May 1942. That night, the harbour was full of Allied naval vessels and the midget submarines were on a mission to inflict maximum damage.

Two of the midget submarines (M22 and M27) were destroyed almost immediately and recovered from Sydney Harbour within a week, but the third (M24) could not be found.

The M24 was the only submarine of the three able to launch its torpedoes, and with terrible effect. It sank a naval vessel, HMAS Kuttabul, which before the war had operated as a ferry. Twenty-one men on board were killed and another 10 injured.

There were many theories about what might have happened to the missing submarine and many so-called 'discoveries'.

It was not until November 2006 that a group of weekend divers called 'No Frills Divers' located the still-intact Japanese midget submarine M24 off Bungan Head, Newport (Sydney, Australia). The submarine was on the seabed and entangled in nets 54 metres below the surface. 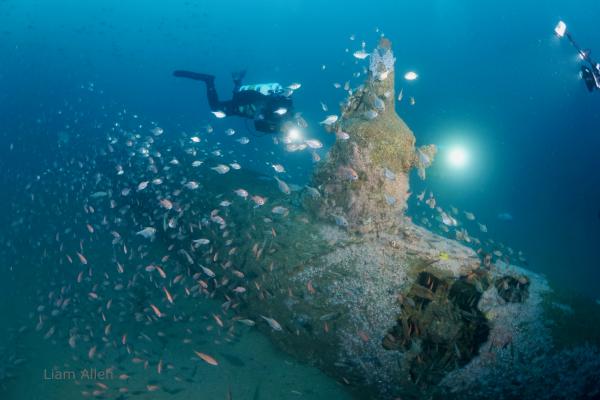 Like all shipwrecks, the M24 has a fascinating story to tell. It played a major part in the events in Sydney Harbour on the night of 31 May and the early morning of 1 June 1942 and its discovery recalls the role of Japanese midget submarines and the Japanese submarine campaign along Australia’s eastern seaboard during World War II.

Heritage NSW continues to actively manage the site and undertakes an ongoing program of archaeological surveys.

Following the discovery of the M24 submarine, the NSW and Australian governments jointly protected the site under the NSW Heritage Act 1977 and the Commonwealth Historic Shipwrecks Act 1976. The NSW Government continues to work collaboratively with the Commonwealth and Japanese governments to protect this highly significant site. 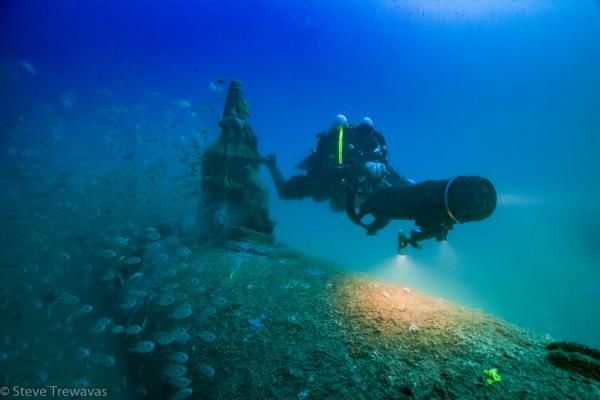 For over 10 years, a wide variety of detailed archaeological surveys, research, and conservation efforts have been undertaken on the M24. To help this valuable work take place, a moratorium on diving was placed on the wreck with only archaeological and scientific diving permitted.

To coincide with the 75th anniversary of the 1942 raid Heritage NSW, in collaboration with the Commonwealth Historic Shipwrecks Program, decided that the M24 site could be opened for limited and controlled public access on a trial basis. Twelve permits were allowed and to ensure a fair and equitable allocation of permits a public ballot was held. More than 300 applications were received for the 12 permits.

In November 2017, two groups of six divers were allowed access to the M24 Protected Zone. This trial Diver Open Day showed that controlled and respectful public access to the M24 site was possible. OEH is currently working with the Commonwealth and Japanese governments to find ways of opening up the site to recreational divers on a regular basis. 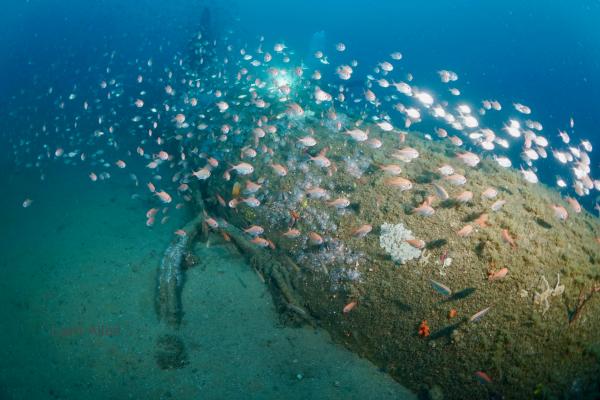 For the first time a high-resolution 3D model of the M24 has been produced. This model provides an unprecedented level of detail of the site and accurately shows what the submarine looks like 54 metres below the surface. The model will provide a baseline recording that will allow OEH to monitor changes to the wreck over time and it will also allow the public to ‘visit’ the site without having to get wet.

The 3D recording project was initiated by Office of Environment and Heritage with help from the Australian and New Zealand Chapter of the Explorers Club led by maritime archaeologist Matt Carter who was granted a special-access permit to undertake the diving survey. The 3D model was produced in partnership with ARCHAEOTecnic and Tempus Archaeology.